The Old Dovorian Club held their annual cocktail party on board HQS Wellington moored on the banks of the Thames, opposite Temple Tube Station, despite the best efforts of the Covid pandemic here in London, after having the 2021 London cocktail party at the RAF Club cancelled due to HM Government restrictions in place in January 2021.

The HQS Wellington is Steeped in a rich and unique history, this imposing Imperial Patrol Sloop started her successful career in the 1930s and originally had a crew of 107 including a Commanding Officer, four other Commissioned Officers, two Warrant Officers, and one hundred other ranks.

She was armed with two 4.7-inch guns, one forward and one aft, and one 3-inch high-angle gun that served for anti-aircraft defense. During the Second World War, she was fitted with an Anti-Submarine Projector called a Hedgehog which fired 24 spigot mortars ahead of the ship.

HMS Wellington was decommissioned after the war but remained the property of the Queen until the ship was sold to the Honourable Company of Master Mariners as their Livery Hall and styled as Headquarters Ship (HQS).

HQS Wellington, has a treasure trove of paintings, ships models and artefacts on board as well as stunning views across the river and an elegant events room in which our drinks party will be held.

At this event some seventy Old Dovorians and their guests enjoyed a pleasant evening renewing and making new friendships, which continued in the HQS Wellington’s bar, were a number of Old Dovorians par took in a few night caps before either making there way home, or like some of the younger Old Dovorians went on various night clubs to finish the evening. 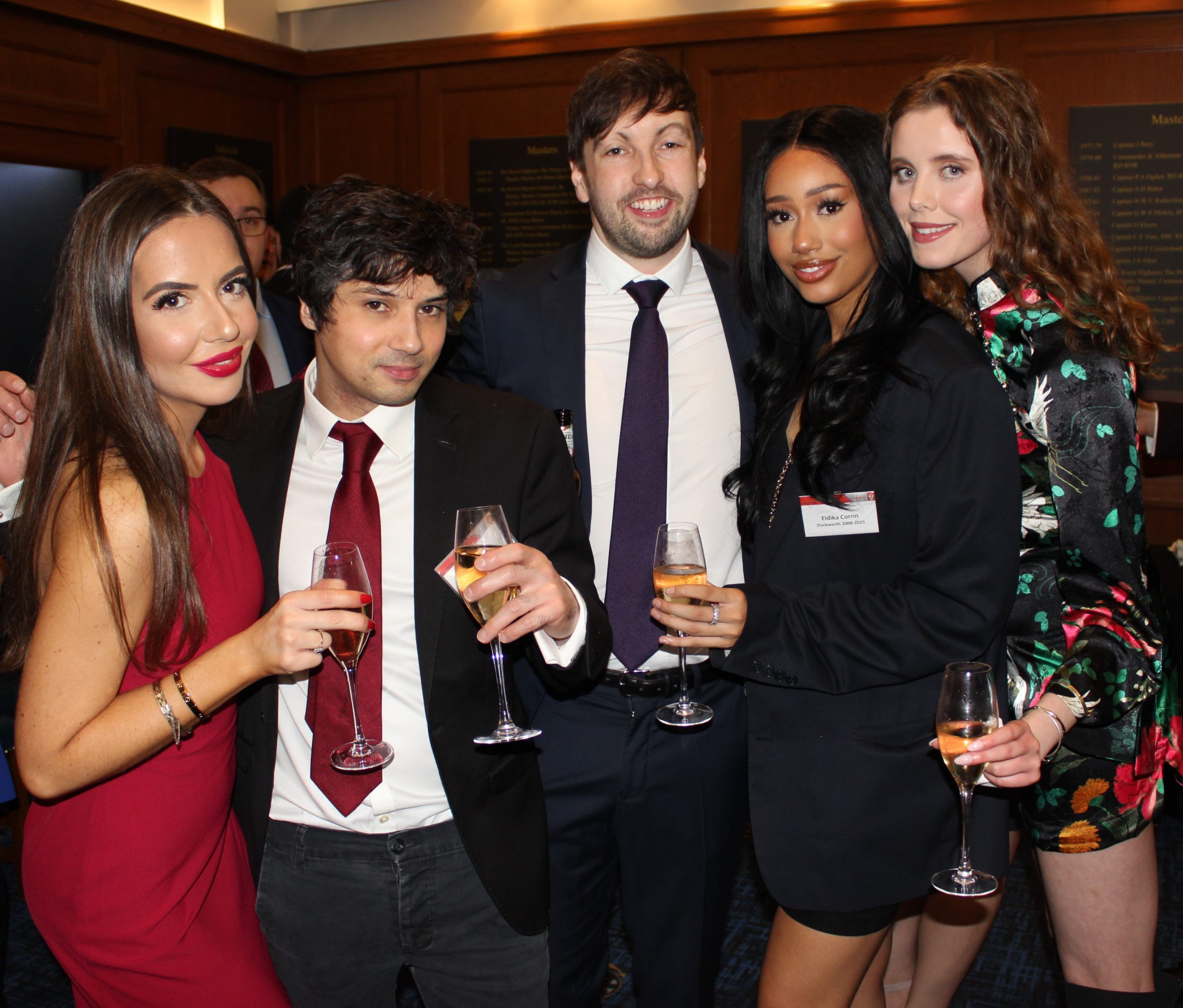 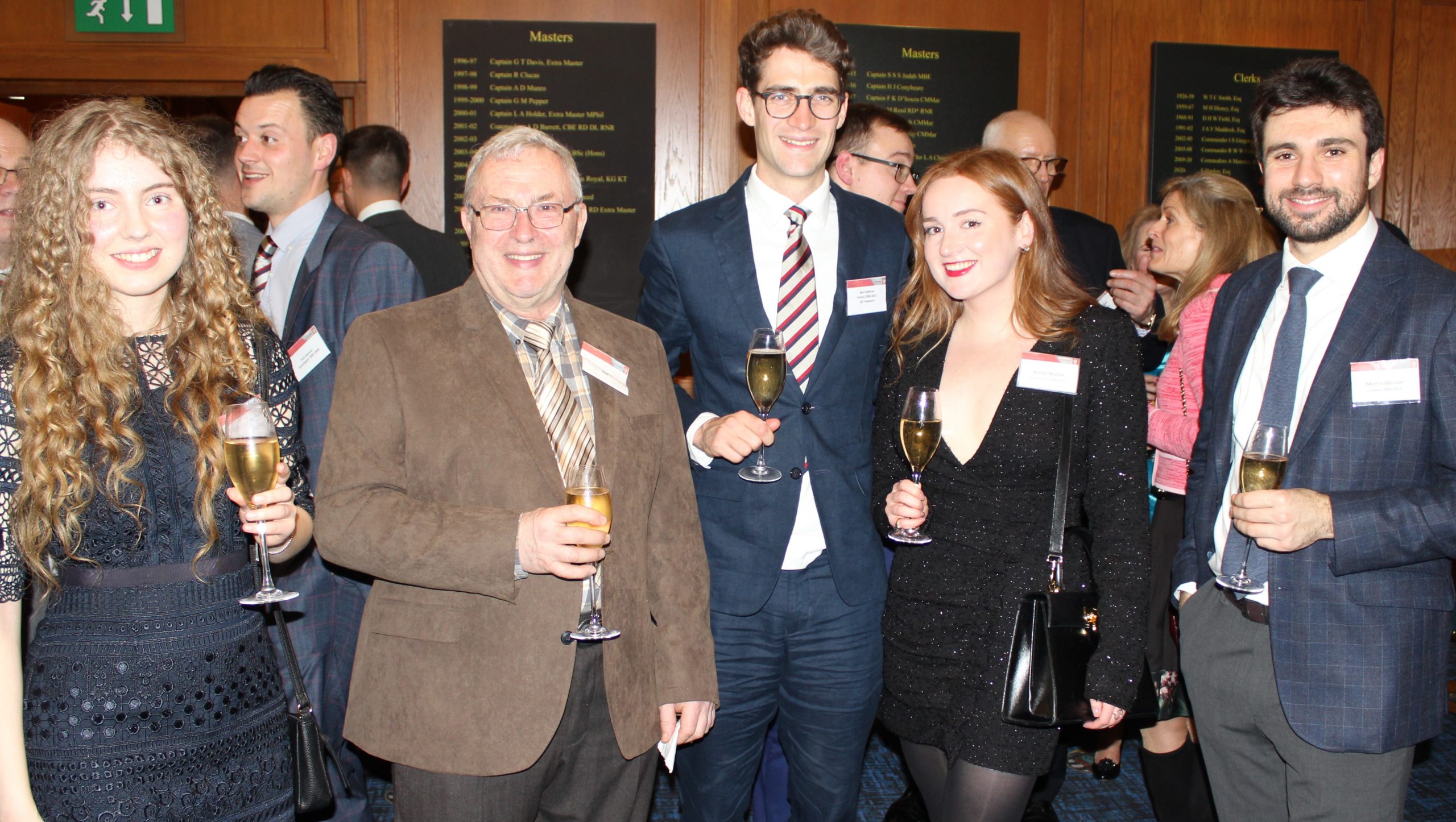 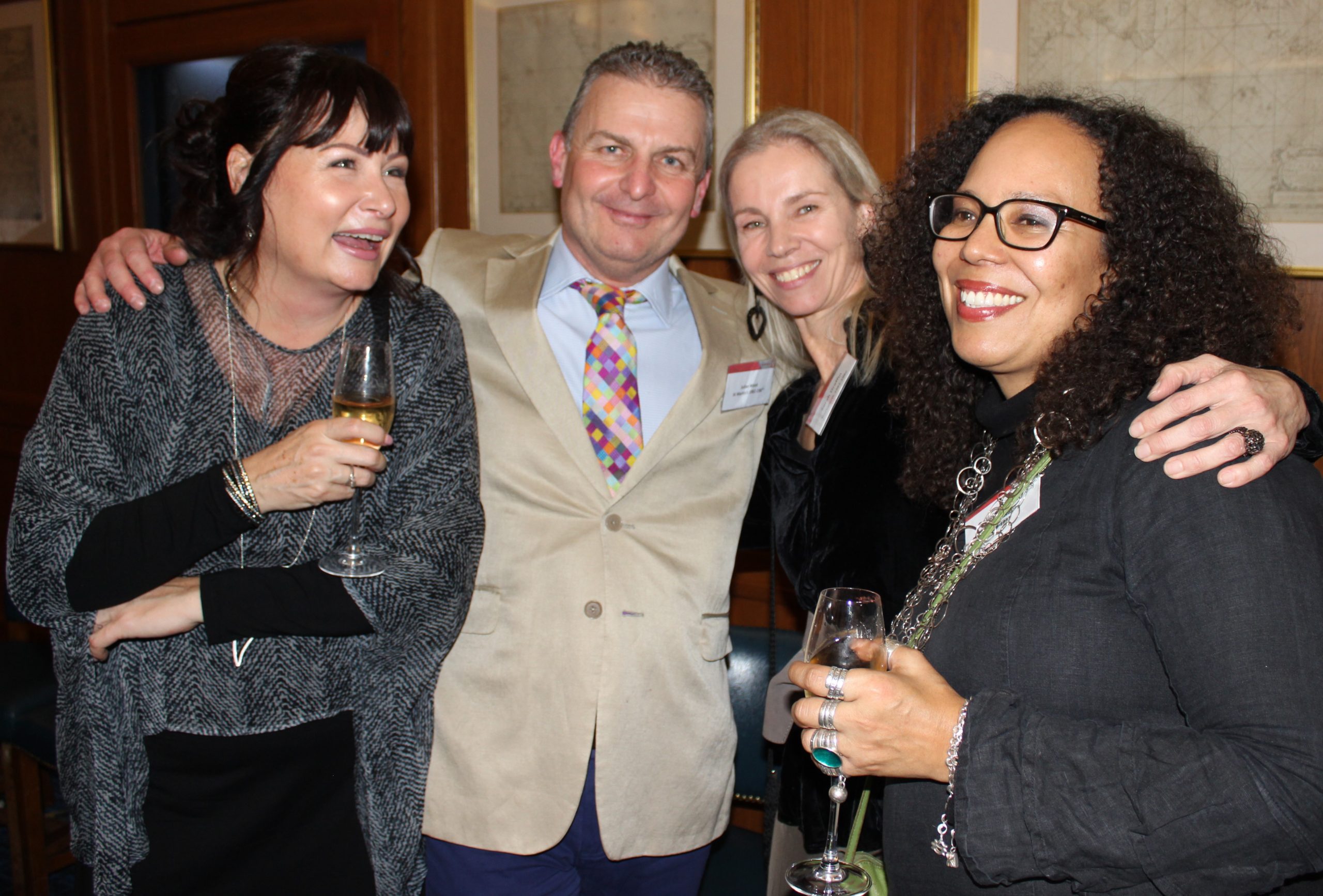 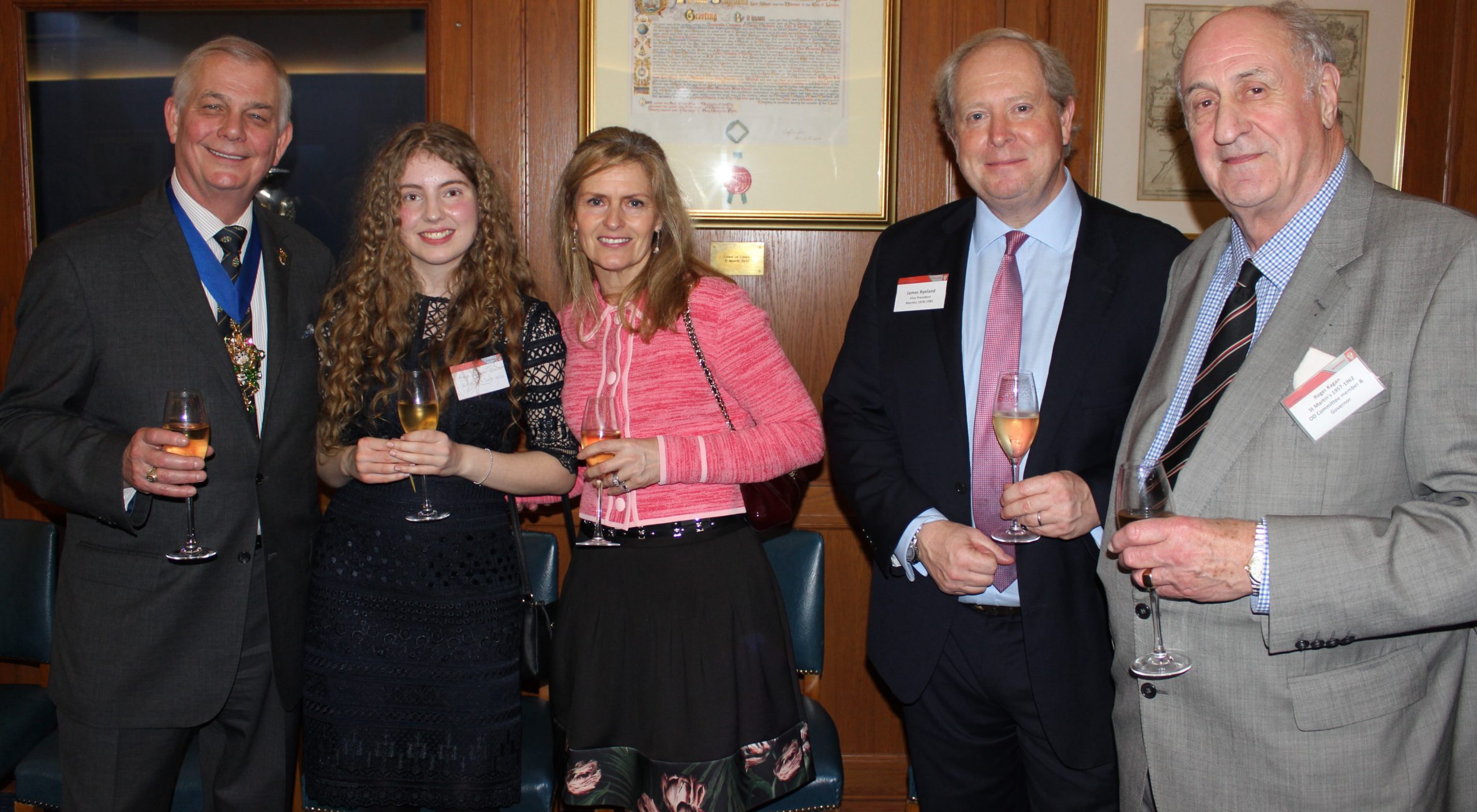 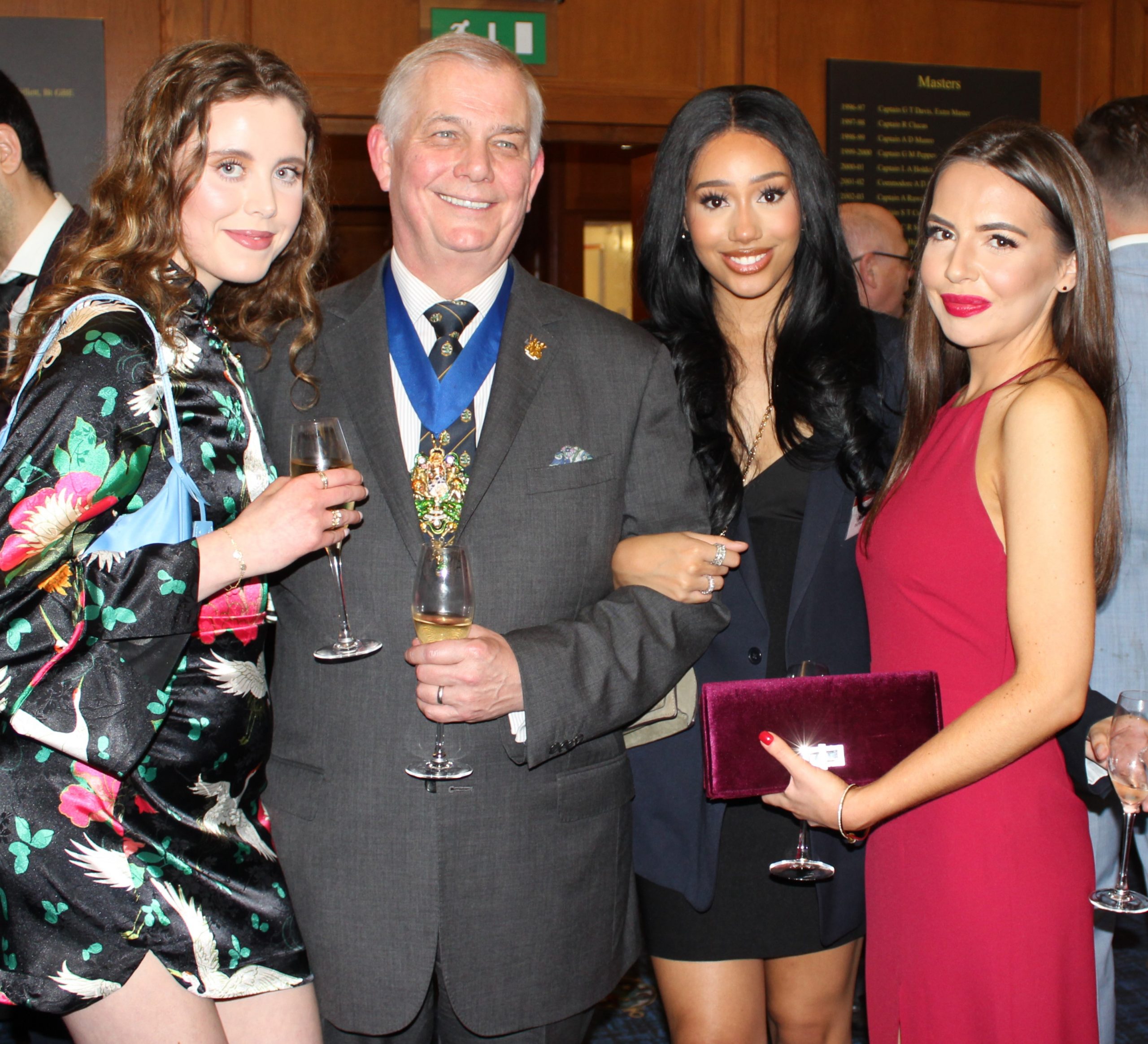 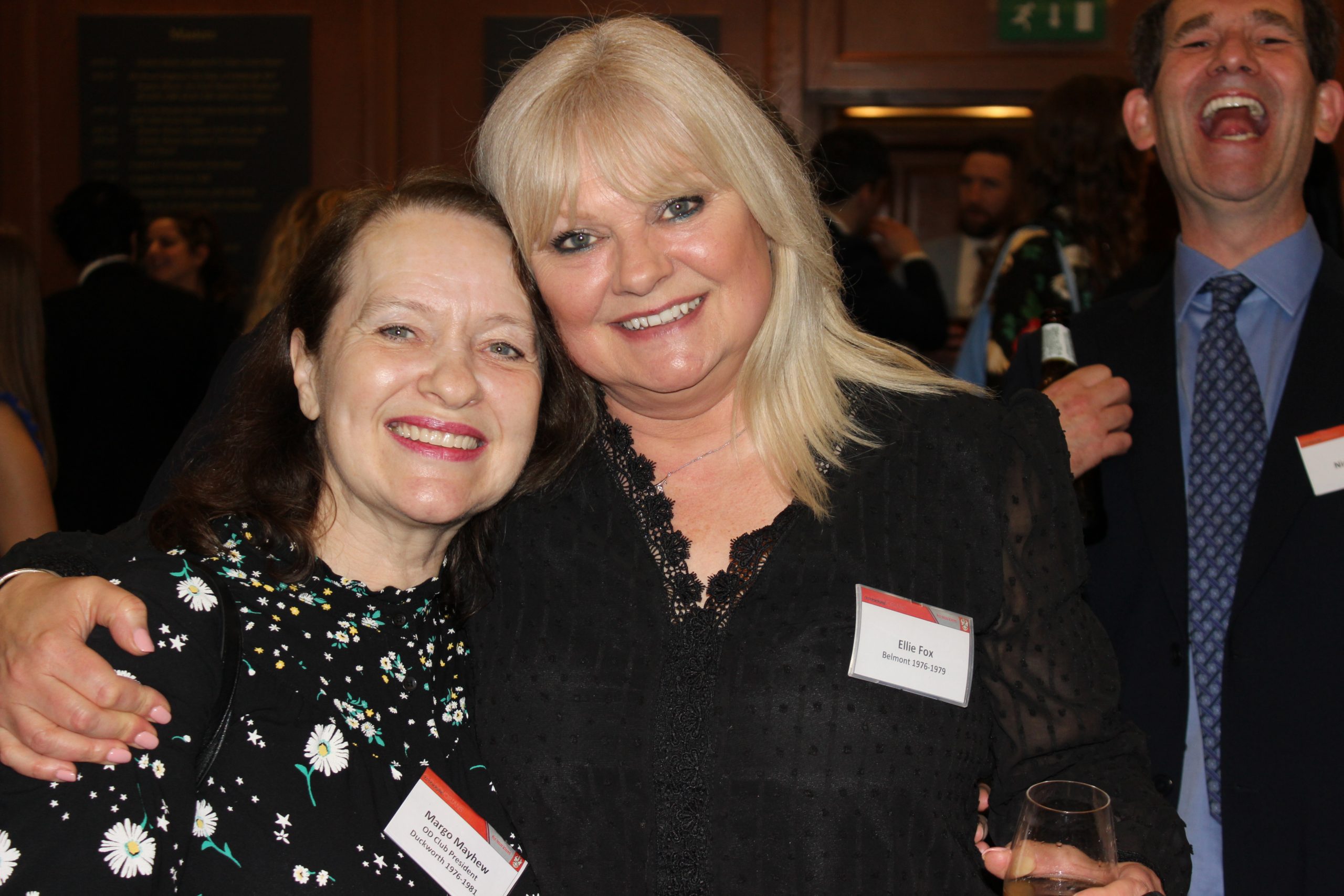 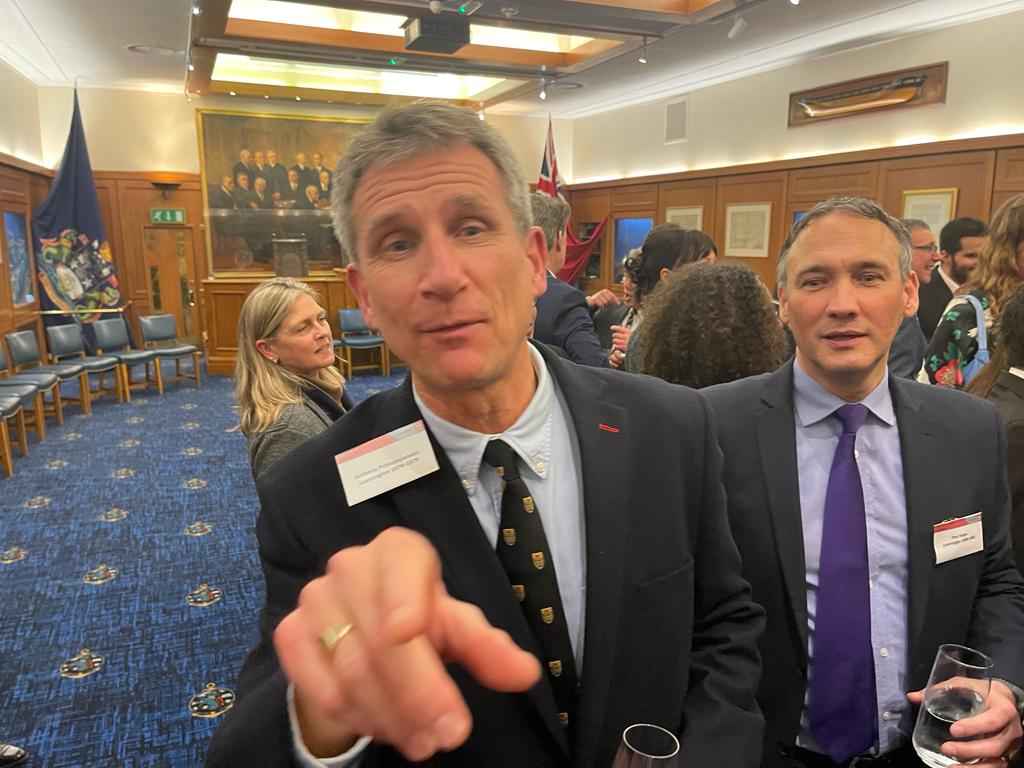 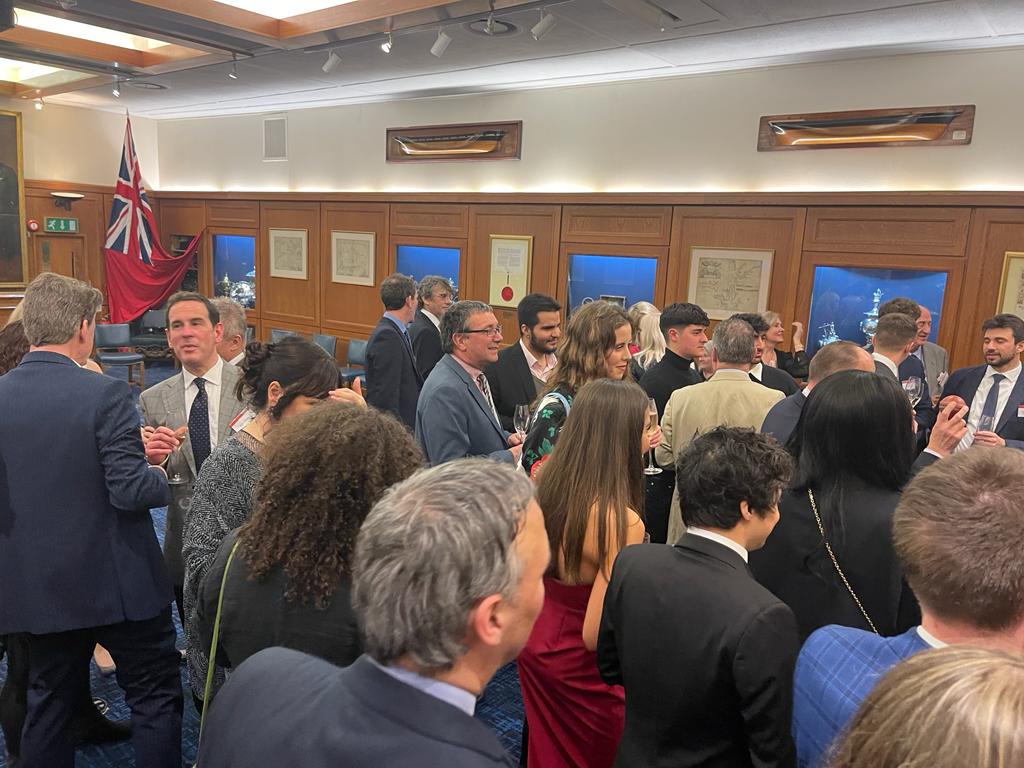 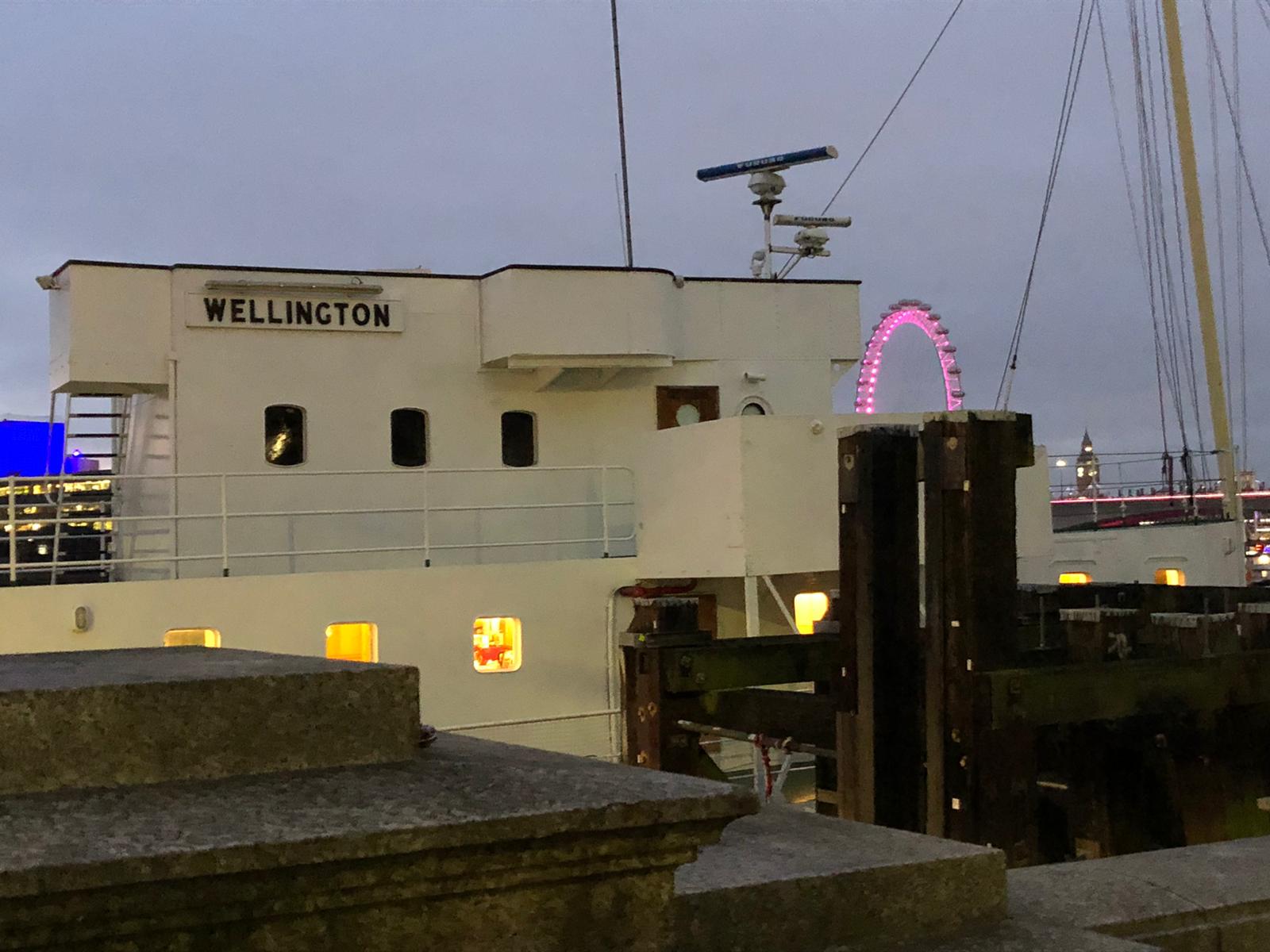