The year 2020 will go down in history as a dreadful year because of the Covid-19 epidemic which severely impacted the health and lives of millions of people and caused immense disruption to social, economic and sporting activities in the UK and right across the world.

Most golf clubs cancelled matches and other events. However, the ODGS managed to play a number of matches and events including individual competitions at Redlibbets, Tandridge, and Knole Park and Triangular matches at Royal Ashdown and West Surrey. We had to cancel events at The London Club, Princes and North Foreland which were all scheduled during the early part of the Covid lockdown. All golf events were played in very good weather so we were rather lucky! A total of 14 ODs attended one or more event in 2020.

The results of those events were:

Redlibbets: The Turnpenny Jug was won by Michael Tubman (35 points). Runner up was Patrick King on 34 points.

Tandridge: The Crescent Trophy was won by Justin Hatfield (36 points). Runner up was Patrick King with 35 points.

Triangular at Royal Ashdown: ODGS V Kings Canterbury V St Lawrence College was won by ODGS with a resounding result of 7.5 to 5.5 to 5. Best performance was by Richard Owen who won the max of 4 points (foursomes match play). One of our players (David Norman) played in the very first Triangular match in 1961 which is a fantastic achievement and, along with his playing partner, Richard Owen, won both morning matches against Kings and St Lawrence.

Triangular at West Surrey: ODGS V AllHallows V Eastbourne College was won by AllHallows with ODGS the runners up (stableford).

Our final event of 2020 will be held at Knole Park Golf Club at Sevenoaks on Friday 6 November. We will be competing for the Dawes Cup and the golfer with the best score from the three individual events will be awarded the B J Salver. The current leading player is Patrick King so maybe he will win a cup in 2020 after coming second twice. That would be fitting in his 80 th year! One of the key tasks for ODGS is to raise its profile among Old Dovorians and the Alumni (ie the more recent leavers of Dover College). Reports and photos on each event have been published on the OD website with links to social media. We are actively trying to recruit more college leavers to join the golfing society because it is a great way to keep in touch with the college and fellow pupils/students as well as keeping fit and socialise in a relaxed atmosphere. A match against the College is planned for 2021 and we are looking at ways we can encourage those at the college and recent leavers to play golf. 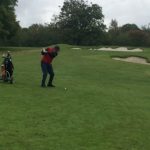 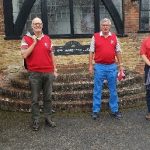 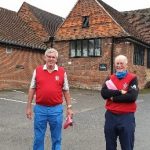 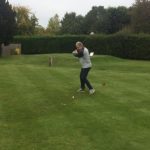 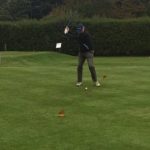 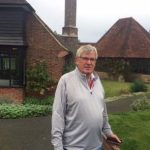 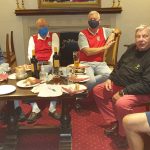 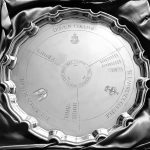