Dover College like many other schools, Colleges, and University’s have paid a heavy price during times of conflict.

Dover College was not alone in its sacrifice, as shown in these honour boards, dedicated to Old Dovorians, who have made the ultimate sacrifice in service to there country from 1871 to the present day, In conflicts including the ‘Indian Up Risings’, ‘The Boer War’, as well as both the World Wars, totalling 300 OD’s, who have made the ultimate sacrifice in defence of the Crown and their Country.

During the 1939 – 1945 Second World War 103 OD’s made the ultimate sacrifice, one of which, Sgt. (Pilot) Patrick Watson -Parker, RAFVR (P31 – 34) OD, Elder son of  Captain George Watson – Parker, OD, was killed on active service on the 13th July 1940, whilst on patrol, he became the tenth Battle of Britain pilot to be killed in action during that particular conflict.

Old Dovorians, continue to serve there country today within the armed forces with distinction, honour and humility, more recently in Iraq and Afghanistan,  following in the footsteps of there predecessors.

So it is only right, that we as Old Dovorians, should remember those who gave there lives in service defending our freedoms and way of life.

‘Warrior stand down, your duty is done, stand easy’

Honour Boards To The Fallen

In Memory To The Fallen In the College Chapel 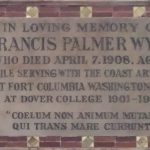 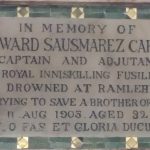 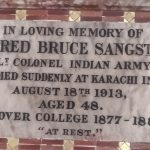 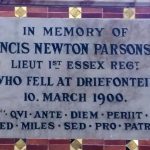 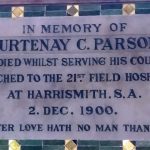 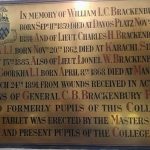 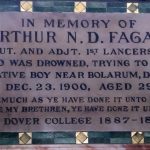 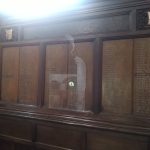 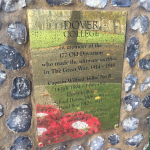